Riley and Chloe decided they needed to be “Chefs in Training” last night at dinner time.  Grandma was cutting up some ingredients for Shrimp and Grits and the dogs were most interested!  Riley was pretending not to be interested, but she was in the kitchen keeping an eye on the food anyway. 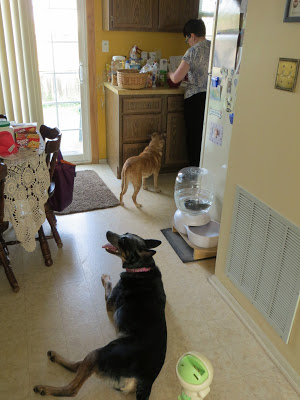 See, she moved closer to the action!  She IS interested!

Chloe was hard core…but Grandma was cutting up an onion, so they couldn’t have any anyway!

26 thoughts on “Chefs in Training”