I took Riley to the V-E-T on Tuesday afternoon to get her annual wellness exam and some shots.  I thought that’s what I was doing last month, but she wasn’t due for all of it then.  She got the lollipop stick up her “poop shooter” for a fecal exam…yuck.

Riley weighed 59 pounds when she had her surgery in October.  Then when she went to the vet in February (I think it was February), she weighed 55 pounds.  She has been on a big diet since her surgery and I am happy to report that she now weighs 51 pounds!  She hasn’t weighed that since she was like a year old.  Go Riley, back to your high school weight!  🙂

She got to see her favorite receptionist and her favorite V-E-T.  Her intestinal parasite check (her poop shooter lollipop stick) came back negative, and she got two shots and the one that goes up her nose, too.

This is an old picture, but a good one! 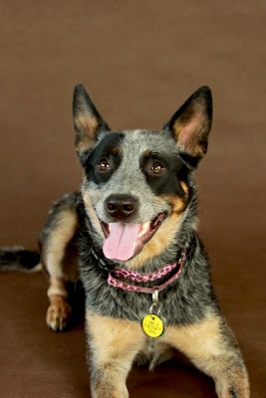